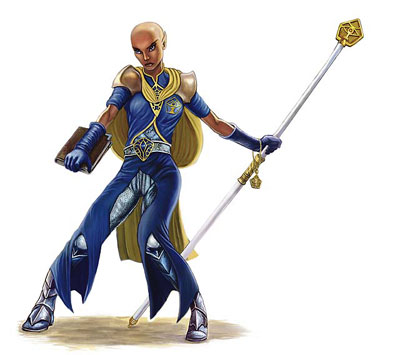 The Golden Saint discipline is a school of martial arts created by the saintly archon Sophia Pistia and the mighty hero of the eladrin, Gwynharwyf. Never taught at the Temple of the Nine Swords, it was taught directly by the pair of celestials to those mortals they deemed worthy of using its secrets as champions of good. The Golden Saint discipline is a style focusing on speed and grace over brute strength, and has many supernatural maneuvers that draw on the raw celestial energy of the Higher Planes to overcome champions of evil.

Because the Golden Saint discipline was taught only to the most worthy and virtuous of martial adepts, who taught it only to students deserving of its secrets, most martial adepts do not know any maneuvers from it, or even know it exists.

Retrieved from "https://ageofwarriors.fandom.com/wiki/Golden_Saint?oldid=3900"
Community content is available under CC-BY-SA unless otherwise noted.